I installed the heater, air conditioning evaporator, and the air distribution units on the firewall. These units had all been restored and refinished several years ago and then wrapped in newspaper and boxed up. Unfortunately, the shop roof leaked and the boxes had gotten wet. So some of the work had to be done over. The next item was the battery tray . The tray was rusted pretty badly. About the only serious rust on the car. This was probably due to a battery ” boiling over” from being overcharged. I got a better battery tray from a junkyard in New Mexico. But it still had some serious rust. I used fiberglass mat and resin to build up the weak and missing sections. It was rather crude looking but the battery will cover it up anyway .
Mickey Bryant came over to help me put the transmission back in a couple of weeks ago. The trans sits too high, and I’m going to have to redo the rear motor mounts. That will come later, after I get some new mounts.
I moved on to the firewall pad ( behind the dashboard ). I had to cut and fit the re-production dash pad. It seems many repro parts need some “tweaking ” to make them fit.
I pulled the power steering pump apart and installed a re-built pump assembly in it. The brackets were media blasted and painted.
The alternator was a re-built unit from O’Reilly’s. It had an incorrect fan on it, so I substituted a fan from my original. After media blasting and painting it, of course.
It is my intention to get as many underhood items installed as I can before installing the front fenders and hood. It makes it a lot easier to install these items with no fenders in the way.

That brings me up to date on the progress of this car. 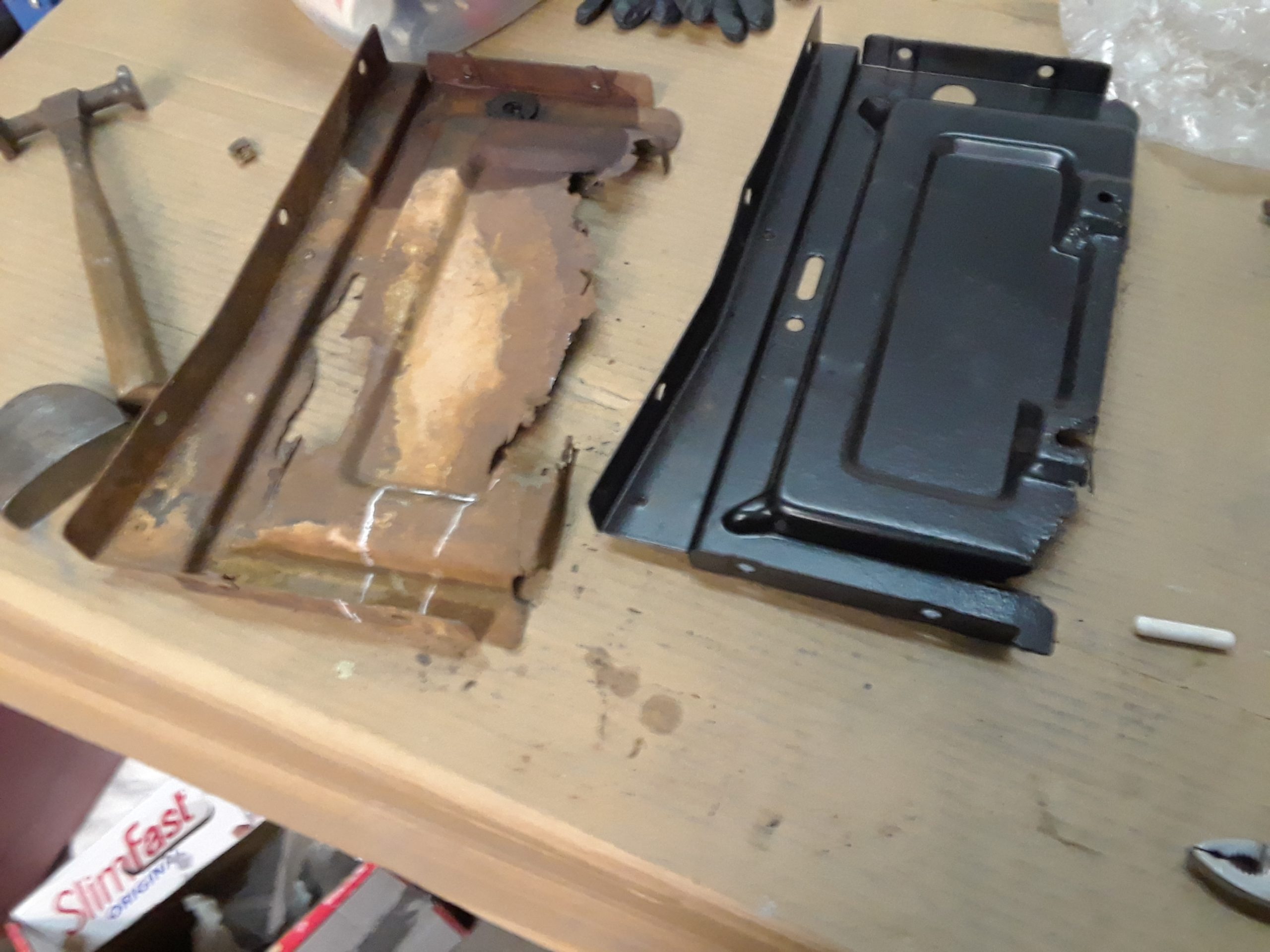 Battery Tray – Before and After