Installing a transmission and finishing off the chassis.

I wanted something a little different with this car. I wanted a four speed stick. In ’63 Olds didn’t offer a four speed in their full size cars. They did offer a three on the tree, though. I was lucky to find clutch linkage through the internet for a stick shift Olds. I got an adaptor bellhousing from a guy who makes them new in Ohio .
I set the engine in place and made mounting brackets that would allow it to bolt to the frame. I bought and installed a brand new Richmond Super T-10 transmission. I bought a new stainless steel exhaust system, but was missing several exhaust hangers. I got those from a junkyard in California and blasted, painted, and replaced the rubber part with some industrial belt material. I cleaned and painted all the brake lines and emergency brake cables. I installed new rear brake shoes with all new hardware. Front brake drums were hard to find, and when I found them, they were very expensive. I found a good deal on a “Scarebird” disk brake kit. It uses ’72 Cutlass calipers and ’76 Thunderbird rear discs.
The radiator is probably the one part of the car I didn’t need to restore. It appeared that the last owner had installed a re-cored radiator, before getting rid of the car. A local radiator shop confirmed it was perfect. So I installed it, along with a fan and belts.
I wanted to start and run this engine, just to make sure it was right before I assembled a car around it. Mickey Bryant came to my shop with his sons and they helped me get it running. The first try failed. The fuel pump that I had re-built would not pump fuel. I ordered a new fuel pump from Fusick Auomotive. With the new fuel pump, the engine started up on the first try. We ran it for about 45 minutes to ” break in ” the new camshaft.

Next month: We put the body back on the frame and start to make a car out of it . 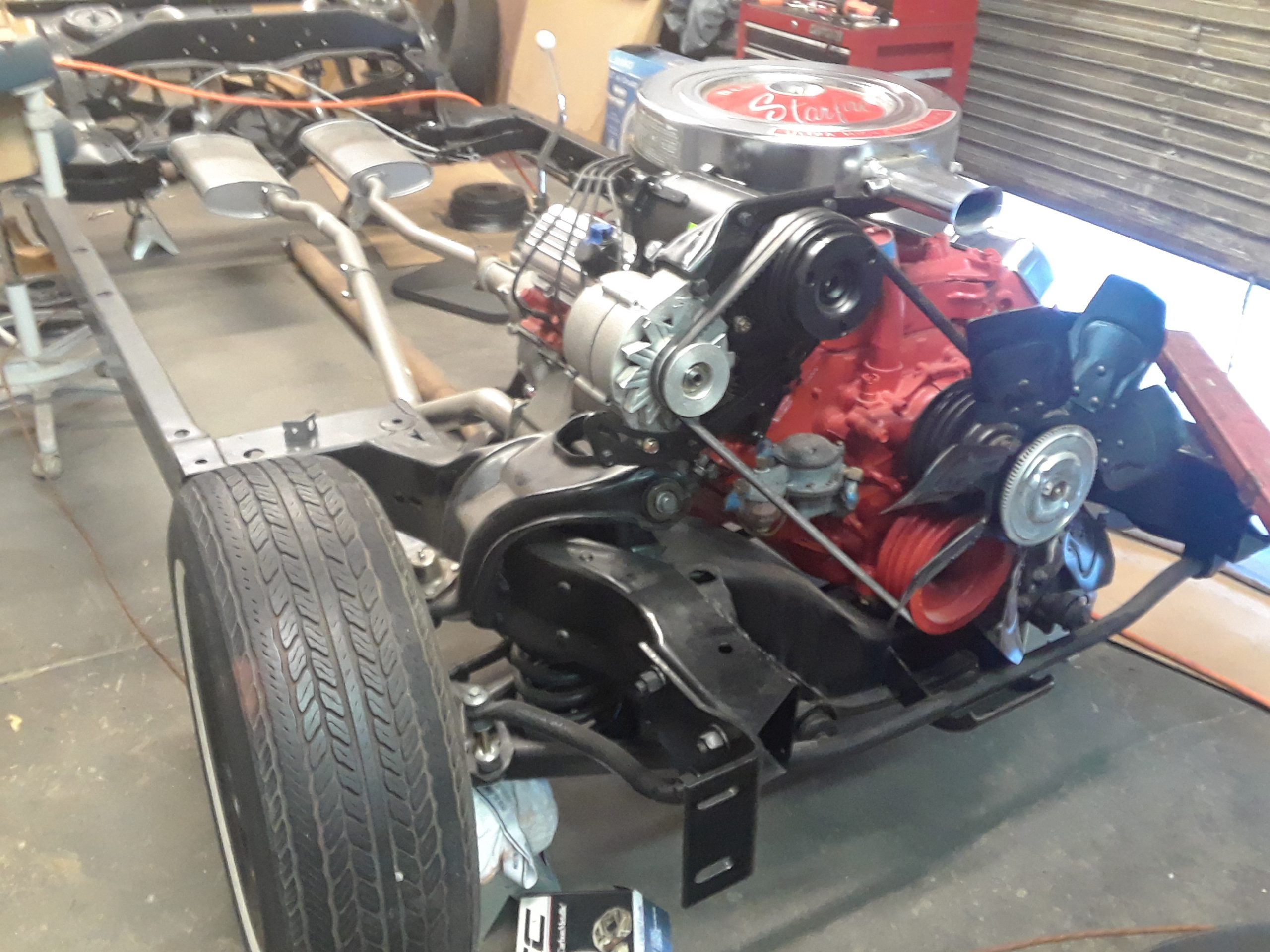