Engine as received from parts car

Finding and Rebuilding an Engine

I needed an engine, as the car came without one. I belong to an online group called Classicoldsmobile.com. A member from Missouri was advertising that he was “parting out” a ’63 Olds Starfire. It was running, but the frame was rusted so badly that it was unrestorable. I contacted him and we made a deal for the complete engine, including all the air conditioning parts that I was missing.
To get it shipped to Florida, I contacted Fastenal (yes, the nut and bolt company). I was able to pick it up in Orlando. I tore the engine down and sent the parts to two different machine shops. Central Florida Machine in Tavares handled the block and heads and Revmaster Machine in Orlando ground and balanced the crankshaft. I lowered the stock “ultra high compression” from 10.5 to 1 to 10 to 1, with a new set of forged pistons. The lower compression ratio would allow the car to run on 93 octane pump gas, without adding an octane booster. The intake valve seats were reground and the exhaust seats were replaced with hardened inserts. NOS valves, rocker arms and shafts were installed. A new camshaft and lifters rounded out the rebuild. I assembled the engine in my shop and installed it in the chassis.

Next Month: Finishing off the chassis and installing a transmission. 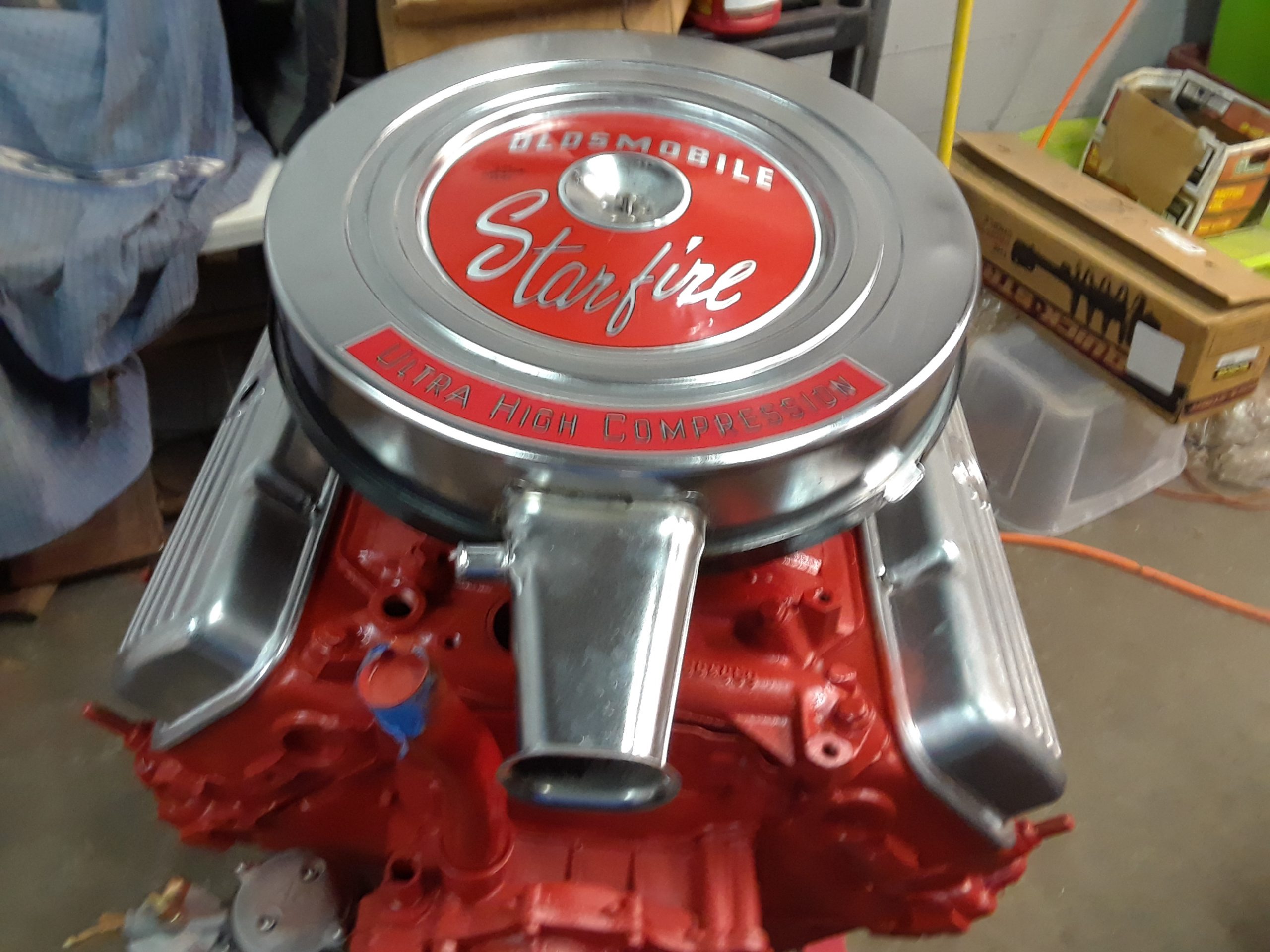